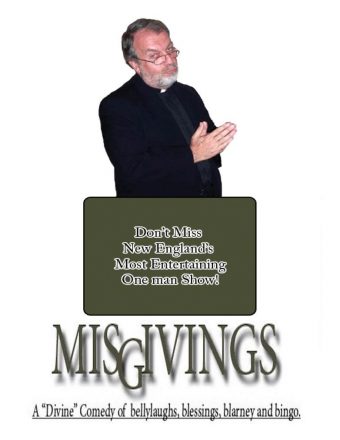 Join Father Patrick Aloysius Misgivings for this divine presentation of stories and one liners about growing up Catholic. From miracles and marriage counseling to bazaars and birth control, nothing escapes the good father
s razor sharp Irish wit. This hilarious, interactive comedy includes. collection, a raffle and even an actual Bingo game.

Nicknamed “The Pitbull of comedy” in the 1980s during his time as a stand-up comedian, Kane is known for his passionate, sometimes confrontational style of talk radio, urging people to stand up for what they believe in and to take action in the face of injustice.