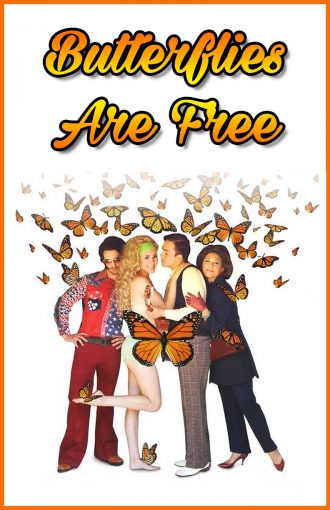 Butterflies Are Free is the story of Don Baker who was born blind. He has an overprotective mother who is worried because he is living alone for the first time. He meets his very attractive next door neighbor, Jill, who is a free spirit. One thing leads to another and lo and behold Mom decides to visit Don. en all hell breaks loose. e show is a dramedy with equal parts of laughter and pathos. e movie version starred Goldie Hawn and Edward Albert while the 1969 stage version won Blythe Danner the Tony Award for best actress.