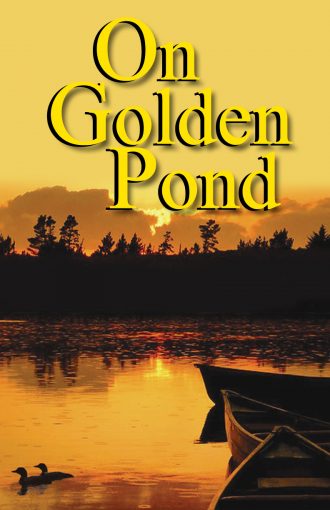 On Golden Pond is the love story of Ethel and Norman Thayer, who return to their summer home On Golden Pond for the 48th year. Despite heart palpitations and a failing memory, Norman is still as tart-tongued and observant as ever. Ethel is his perfect foil, delighting in all the small things that enrich their life together. they are visited by their divorced daughter, with her fiancé and his son in tow. The boy quickly becomes the “grandchild” that the elderly couple have longed for. is humor- filled and touching play won Drama Desk and Tony Awards. Henry Fonda and Katharine Hepburn received Oscars for the film adaptation. $13 Advance/$18 Door