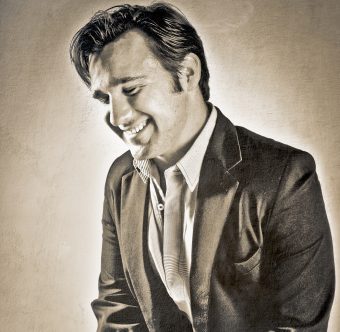 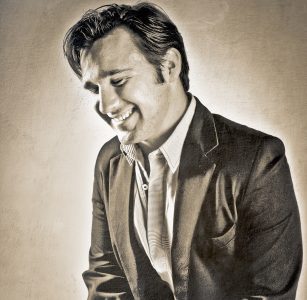 Nicolas King –
Nicolas King has been performing since age 4. He was seen first on Broadway in ‘Beauty & The Beast’, then in ‘A Thousand Clowns’ opposite Tom Selleck, and ‘Hollywood Arms’ directed by Hal Prince, all before age 12. Other credits include 8 consecutive annual performances on The Jerry Lewis MDA Telethon, Carnegie Hall, Lincoln Center, ‘The View’, ‘Today’ show, ‘Liza & David’, ‘Sally Jesse Raphael’ and twice on ‘The Tonight Show’ with Jay Leno.

Other career highlights include originating the role of “Oscar” on Discovery Kids’ “Kenny The Shark”, as well as over two dozen national Television commercials. His ‘Oscar Mayer Lunchables’ commercial went international, and won the Golden Marble Award in 1998.

Nicolas went on the road with his mentor Liza Minnelli to perform as her opening act from 2002-2012. The Mabel Mercer Foundation awarded Nicolas their coveted ‘Julie Wilson Award’ at the 2010 Cabaret Convention at Lincoln Center. He’s the recipient of the 1995 Talent America Award, 2012 BISTRO Award for Outstanding Performer of the Year, 2015 AMG Heritage Award for Artist of the Year, as well as receiving a Grammy consideration for his latest album, “On Another Note” with jazz great Mike Renzi (available now on CDbaby, Apple iTunes and other music retailers.) Listen To Nicolas King At: http://www.cdbaby.com/Artist/NicolasKing. http://www.thenicolasking.com