John O’Neil – “If You’re Irish Come Into The Parlor” 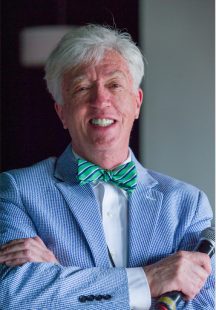 The perfect “spirit” for the month of honoring St. Patrick!  This performance is the best mixture of music and “yarn-spinning” as only the Irish can provide – and that’s no blarney!

John O’Neil is one of New England’s finest cabaret actors (Niagara Falls Gazette), has also been called a “cabaret sensation” by Boston Magazine. WOMR radio said this about John O’Neil – “Take a jigger of Noel Coward, add a twist of Fred Astaire and the bitters of Danny Kaye. Shake, don’t stir.” John made his New York debut at Danny’s Skylight Room with Ida Zecco and Ernie Lijoi in Being Earnest: The Songs of Ernie Lijoi and has toured nationally with his show ‘So Kaye: The Songs of Danny Kaye, directed by Ida Zecco.  John also appears in the Award Winning Musical Documentary, “This Moment in Time – The Songs of Alan Bernstein & Friends,” produced by Richie Sarno and Black Arrow Entertainment.  John’s newest CD John O’Neil and Jim Rice Live in the Napoleon Room was released in March of 2016. Theater Credits: A YEAR WITH FROG AND TOAD and IT’S A WONDERFUL LIFE at Wheelock Family Theatre, MISS YOU LIKE HELL at Company One, MAME and LUCKY STIFF at Greater Boston Stage Company, TITANIC: THE MUSICAL at Revolution Theater Company, AND THE WORLD GOES ROUND at Riverside Theatreworks, MISS GULCH RETURNS at First Night Boston.  DRAGGED INTO THE WOOD and WICKED MEAN GURLZ at Heart and Dagger Productions