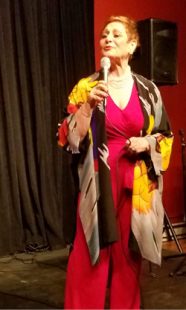 What has now become a seasonal tradition, share the joy of this brightly packaged performance as Ida is joined by her long time Music Director and dear friend, Jim Rice.  Ida and Jim sing selections from her successful CD “A Song for Christmas,” which has sold world-wide.  It is a perfect, holiday entertainment – beautifully musical, filled with laughter and a performance that glitters with seasonal cheer!