A Night of Acoustic Music 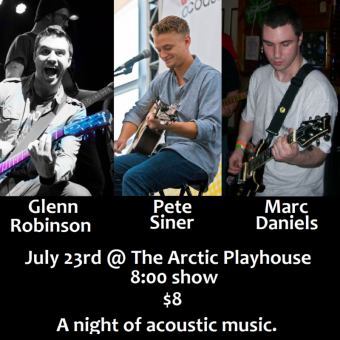 Going from one of Rhode Island’s favorite drummers, to his new band’s front member, this is Glenn Robinson’s first acoustic show! Marc Daniels has also been in Rhode Island’s music scene for over a decade, and now is making his acoustic return! Pete Siner was recently in the top 5 for The Rhode Show’s Big Break on CBS-12 and has played at the National Association of Music Merchants (NAMM) convention as well.