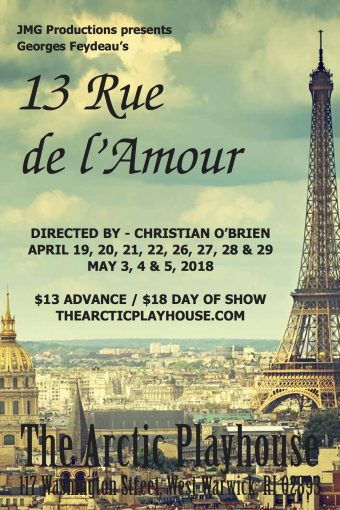 Here is the hilarious frolic that launched Feydeau in Paris as the Neil Simon of his day. Take one philandering husband; add his virtuous wife set on revenge, and a doctor determined to be her instrument of revenge; mix well with the husband’s friend who is eager to trap his spouse in flagrante delicto and a young nephew with a cocotte to round out his education; toss them together at 13 Rue de L’Amour where a love starved German countess is the concierge; season with a befuddled police inspector and a perky French maid.