You are viewing the "Show Archives" 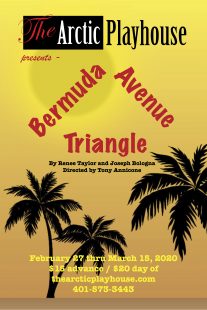 
This outrageous comedy by the authors of Lovers and Other Strangers and other uproarious hits starred Nanette Fabray and the authors on Broadway. It concerns the adventures of a Jewish widow and an Irish widow whose successful daughters move them to Las Vegas, where they share a retirement village condo. On an excursion, they are saved from […] 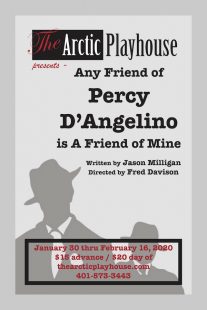 
Originally presented in Los Angeles with Peter Falk, Christian Slater and Jean Smart, this side-splitting Mafia comedy begins with a mysterious stranger arriving at the Long Island estate owned by a renowned mob boss. Why is “Tony” there? To kill the venerable Frankie? To work for him? The mobster’s bombshell wife has her own theories. […] 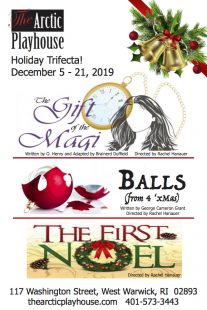 The Gift of the Magi / Balls / The First Noel


“Gift of the Magi” is about a couple who are young, terribly in love, and flat broke. Finding a gift that will express the warmth and closeness they feel for each other is almost impossible. This bittersweet love story describes the gifts Della and Jim give, and the price they have to pay. Their folly, […] 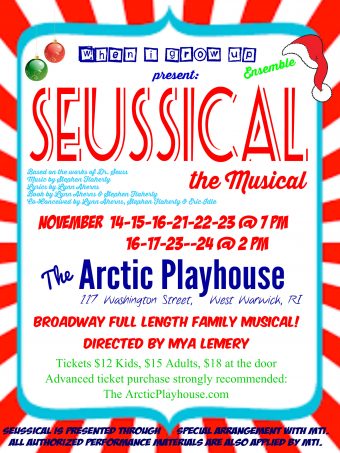 
The fantastical world of Dr. Seuss bursts onto the stage in this larger-than-life musical extravaganza brimming with fun and excitement for “thinkers” of all ages. The When I Grow Up cast of 20, ages 5 to 14 years old will melt your heart! Join the mischievous Cat in the Hat, Jo Jo, Horton the Elephant, […] 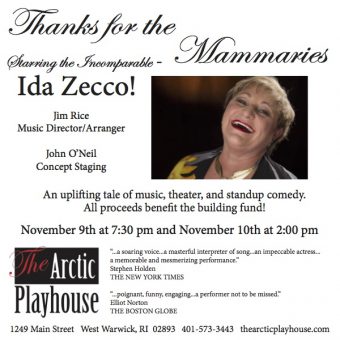 Thanks for the Mammaries! / Building fund benefit!


Back by popular demand, international recording and performing artist and native Rhode Islander Ida Zecco returns to The Arctic Playhouse with her new one-woman show filled with comedy, music and inappropriate banter. “Thanks for the Mammaries!” will be presented for 2 shows only on Saturday, November 9 at 7:30 p.m. and Sunday, November 10 at […] 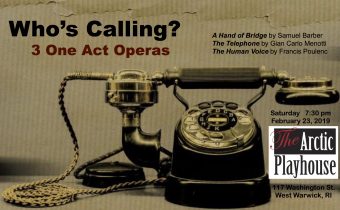 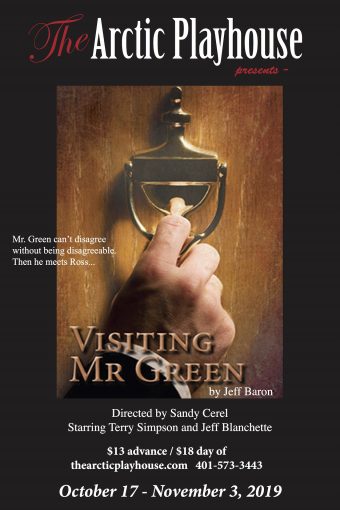 
Mr. Green, an elderly, retired dry cleaner, wanders into New York traffic and is almost hit by a car driven by Ross Gardiner, a 29-year- old corporate executive. The young man is given a community service of helping the recent widower once a week for six months. What starts as a comedy about two men […] 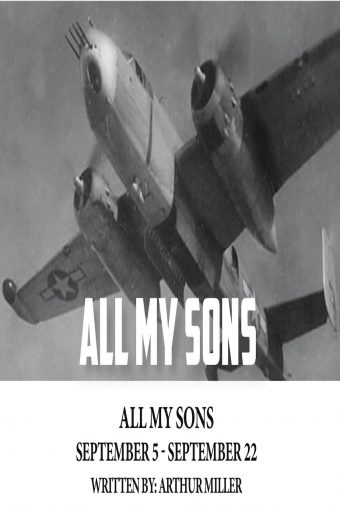 
During the war Joe Keller and Herbert Deever ran a machine shop which made airplane parts. Deever was sent to prison because the firm turned out defective parts, causing the deaths of many men. Keller went free and made a lot of money. The twin shadows of this catastrophe and the fact that the young […] 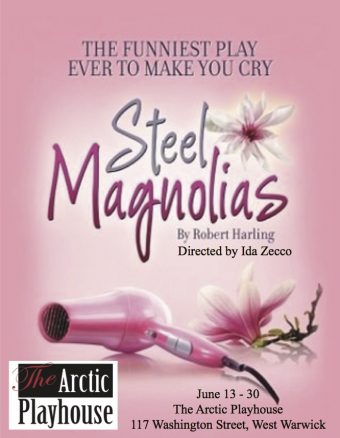 
The action is set in Truvy’s beauty salon in Chinquapin, Louisiana, where all the ladies who are “anybody” come to have their hair done. Helped by her eager new assistant, Annelle (who is not sure whether or not she is still married), the outspoken, wise- cracking Truvy dispenses shampoos and free advice to the town’s […] 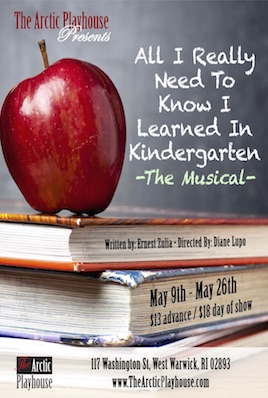 ALL I REALLY NEED TO KNOW I LEARNED IN KINDERGARTEN


Based on Robert Fulghum’s best-selling books, Kindergarten takes a funny, insightful, heartwarming look at what is profound in everyday life. It’s an evening of theatrical storytelling in revue format, with monologues, dialogues, and multiple voice narration, enhanced through the use of live piano underscoring, which provides fluidity, charm, and emotional texture, and seven optional original […]